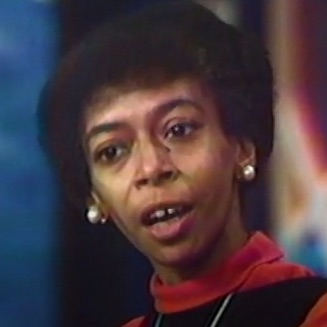 Includes piles of Post-Its that were scanned as-is, then laid out in chronological order. An additional acid-free page was added to accommodate the Post-Its.

DESCRIPTION
Original Assessment of Materials:
Marion Stokes' Journal (currently from 1960–1983) was compiled from her entries found in spiral-bound notebooks and on pages that had previously been removed from them. Additionally, entries were found on notepads, on loose sheets of paper and on the back sides of flyers from the various organizations that she participated in. The intact notepads and spiral-bound notebooks had only a few entries each followed by up to a hundred blank pages. Some notebooks received additional entries years later. The journal entries were found mixed across most of the 55 bankers boxes of her personal papers. Along with each of her journal entries were undated daily to-do lists and shopping lists.

Final Arrangement of Materials:
The spiral notebooks and notepads were dismantled. This was in part to save space but also to follow the practice already in place (possibly by Marion) within the collection. Due to their variety in size and cover design the front covers of the notebooks were collected to be scanned as one item. The blank sheets of paper, back notebook covers and metal spirals were removed from the collection. The journal entries were put in chronological order. Due to the sheer volume of pages the journal was not scanned as one giant item, but divided up so that each date became its own digital item. The undated to-do lists and shopping lists were matched to the ink and paper of the journal entries, and although they are not dated, they were kept in chronological order based on their journal entry match as much as possible (some were found with their corresponding journal entries, but many were not).